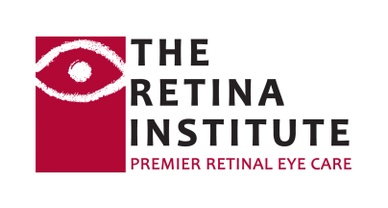 The primary manifestation of diabetic disease in the eye is diabetic retinopathy. Diabetes and diabetic eye disease have traditionally been very difficult to treat, but in the last decades research has provided fast moving improvements in the treatment of both diabetes and the subsequent retinal disease.

Diabetic retinopathy can best be understood as a disease of sick blood vessels. Diabetes when not adequately treated leads to a weakening of blood vessels throughout organs in the body, including the eyes. In the retina, fine blood vessels that feed the retina become sick and even begin to close, which leaves the retina unable to get good blood supply (much as the heart in someone with heart disease). This poor blood supply causes the retina to react by putting out chemical signals that promote changes which can lead to serious bleeding and scarring in the retina, all of which can lead to serious disease and blindness if untreated.

In the peripheral retina, this bleeding and scarring can lead to traction that can pull the retina off from the wall of the eye, a process better known as “retinal detachment.” This type of serious diabetic retinopathy can be treated, but earlier treatment can prevent progression to such sight-threatening disorders in diabetics. This is why all diabetics should call for an examination and then followup regularly.

Another form of diabetic eye disease is responsible for even more vision loss than the serious disease described above. It is called macular edema, and it is best known for its ability to strike diabetics at any stage of their disease. For instance, whether you have had diabetes for decades or just months, you are still at risk for this retinal disease which can result in significant loss of vision. As described above, sick blood vessels in the retina cause the retina to put out chemical signals. These chemical signals result in inflammation. This inflammation can often result in swelling of the retina, in the part responsible for central vision, leading to loss of central vision. You can think of this as inflammation anywhere else in the body, such as your knee. However, instead of pain and a lack of function in your knee, this swelling results in a loss of function in the retina and, therefore, reduced vision.

Macular edema is able to be treated, but the longer it is present, the less vision may be recoverable, even after treatment. Many diabetic patients experience blurry vision but do not realize that this could be serious disease and not just a need for new glasses. For this reason, everyone with diabetes should be seen to screen for this and other retinal disease. These visits are even more urgent if blurring of vision is already present.

Individuals who develop type 2 diabetes are typically at risk of developing a number of health complications. Those health issues can include heart disease, nerve damage or neuropathy, kidney damage or failure, foot damage due to circulatory issues, skin conditions (which are also due to compromised blood flow), Alzheimer’s disease, and vision problems or retinopathy. According to a study in the American Journal of Respiratory and Critical Care Medicine, adding obstructive sleep apnea to the health picture can worsen vision dramatically.

Diabetic retinopathy is the most common form of eye disease associated with diabetesand affects between 40 and 50 percent of patients with diabetes. It is also the leading cause of blindness in the Western world.

Obstructive sleep apnea (OSA) creates a situation where the walls of throat relax during sleep and that causes narrowing of your airway. Depending on the severity of the apnea, a patient’s ability to breathe and oxygenate adequately will be challenged as the air attempts to pass the narrowed passageway. With increasing severity, there will be periods where the person will stop breathing and then suddenly gasp as the lack of oxygen triggers an effort to start the breathing process. It’s not uncommon to find OSA in patients diagnosed with type 2 diabetes, since obesity is a risk factor for both.

In the study, 230 patients already diagnosed with diabetes and receiving care at two hospital-based clinics were screened for OSA and diabetic retinopathy. Results showed that retinopathy was more likely to be present in patients who had OSA (42.9 percent) compared to patients who did not have OSA (24.1 percent). This was a longitudinal study, with follow-up, and about 43 months later it found that the patients with OSA (about 18.4 percent) were likely to have now developed moderate to severe diabetes-related retinopathy, compared to the patients with diabetes who did not have OSA (6.1 percent).

The researchers concluded that OSA is an independent risk factor for serious progression of diabetes-related retinopathy, potentially hastening vision loss in patients who have type 2 diabetes.

If you think about it, the findings should not be surprising, because OSA compromises breathing and therefore oxygenation. Since diabetic retinopathy is primarily caused by compromised circulation that doesn’t deliver enough oxygen to the tiny blood vessels that support the retinal cells, anything that further diminishes oxygenation capacity would complicate the condition.

The researchers also offer that despite improvements in glucose, blood pressure and lipid control, rates of diabetes-related retinopathy have persisted. It was also clear that rates of OSA were quite significant in the population of patients diagnosed with diabetes. That was the impetus for looking at whether the OSA had a direct effect on the retinal disease, and clearly the findings showcase its impact. The study also showed that in less than four years, the impact of untreated OSA was significant, hastening the progression and severity of retinal disease and visual impairment.

Based on the findings from this study, physicians including internists, endocrinologists, and ophthalmologists, as well as other healthcare workers who specialize in diabetes care, should consider screening patients for OSA. Screening should be strongly considered in patients with type 2 diabetes who are overweight, who have central obesity and a thick neck, and if a patient complains of daytime fatigue  or a spouse or bed partner mentions they’ve noticed snoring or lapses in breathing.

It’s clear that identifying OSA in this vulnerable patient population could help to slow down or limit retinopathy, which is a significant quality-of-life issue for patients with diabetes.

Please send us a message or call us for an appointment.

We are located conveniently at I-10 and N. Causeway Blvd. near Lakeside Mall.