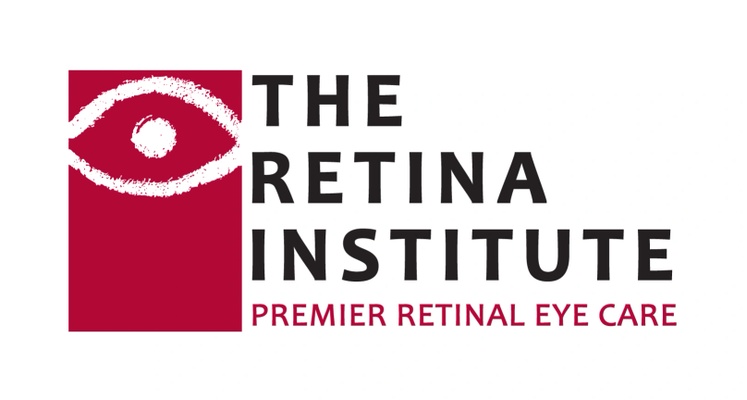 Toxoplasmic chorioretinitis, caused by infection of the parasite Toxoplasma gondii, is the most common identifiable cause for posterior uveitis and focal retinitis. The clinical appearance is that of focal yellow or white retinitis with overlying vitreous inflammation. The active area of retinitis is typically adjacent to a darkly pigmented chorioretinal scar, indicative of old disease. The diagnosis of toxoplasmic chorioretinitis is usually determined based on the clinical appearance alone. Unusual cases may be difficult to differentiate from other causes of retinitis. In these cases, additional diagnostic testing, such as serology or aqueous sampling for polymerase chain reaction, may be helpful. OCT, although not definitive in its diagnostic specificity for toxoplasmic chorioretinitis, can elucidate unique findings that support the diagnosis (Figs. 1–4).

FIG. 1A–C. (A) Diffuse toxoplasmic chorioretinitis with a large area of focal retinitis (circle). (B) Infrared image highlighting spheroid plaques located on both arterioles and venules. (C) OCT in an area not involved with focal retinitis. Secondary features of active inflammation are present, including visible white blood cells in the vitreous cavity (arrows) and a typical perivascular spheroid deposit in cross section (circle).

FIG. 2A and B. (A and B) Diffuse retinal hyperreflectivity is present in a focal area of active retinitis due to toxoplasmosis (arrows). The margins of involved and uninvolved retina are distinct.

FIG. 3. Peripapillary toxoplasmic chorioretinitis. There is a highly reflective, thickened vitreous membrane due to localized inflammation. A subclinical retinal detachment is present, but difficult to appreciate. The involved area of focal retinitis is partially obscured by overlying inflammation, which causes shadowing.

FIG. 4A–D. (A) Color photograph and (B) fluorescein angiogram of typical toxoplasmic chorioretinitis showing an active lesion adjacent to a scar. (C and D) OCT through the area of active retinitis shows full-thickness involvement with diffuse hyperreflectivity.(Courtesy Lana Rifkin, MD.)

The healed foci of toxoplasmic chorioretinitis may resemble a colobomatous defect (Fig. 31–11) [2]. The associated ocular, systemic, and serologic changes make toxoplasmosis the most likely diagnosis. Abnormal retinal morphology has been described in one fetal eye [313], and similar findings have been described in a variety of animal models of the congenital infection. Chromosome analysis was not available for the fetus, however.

FIGURE 31–11. Macular scars (pseudocoloboma) of the retina in congenital toxoplasmosis.

The differential diagnosis of eye lesions includes many of the inflammatory lesions described in chapters 16, 23, 26, and 28. The lymphochoriomeningitis virus also can cause similar lesions.

Intraocular hemorrhage may go unrecognized and may cause retinal damage with gliosis and fibrosis, potentially resulting in retinal detachment. The lesion usually is unilateral, associated cerebral damage is absent, and no serologic evidence is present to support a diagnosis of toxoplasmosis. Retinopathy of prematurity may occur in conjunction with toxoplasmic chorioretinitis.

Congenital aneurysms and telangiectasia of retinal vessels may result in extensive retinal fibrosis, with pigmentation and detachment. The disease usually is unilateral and is not associated with cerebral involvement or other changes.

Retinoblastoma rarely may have an appearance similar to that described for ocular toxoplasmosis. It most often is unilateral and is unassociated with visceral or cerebral damage unless an advanced stage has been reached. Pseudoglioma may be difficult to distinguish from a healed chorioretinitis lesion but usually is single and unilateral. Gliomas may be bilateral, progressing from a small nodule to a large polypoid mass protruding into the vitreous.

The decision to treat active toxoplasmic chorioretinitis should be made based on a complete ophthalmologic evaluation. A recent report from the American Academy of Ophthalmology highlighted the limited data that are available from randomized controlled trials with well-defined end points demonstrating the benefits of therapy.459 Treatment is most likely indicated in the following settings: any decrease in visual acuity, macular or peripapillary lesions, lesions greater than one optic disk diameter, lesions associated with a moderate-to-severe vitreous inflammatory reaction, the presence of multiple active lesions, the persistence of active disease for more than 1 month, and any ocular lesions associated with recently acquired infection. Because the disease can be self-limited in immunocompetent patients, many clinicians may not treat small, peripheral retinal lesions that are not immediately vision threatening.9,265,460-462

The reported benefits of medical therapy are related primarily to the clinical presentation.265,460 Because there is so much variation in the clinical manifestations of the retinal disease, and because the disease may be self-limited even without treatment, the response to therapy is difficult to interpret. The combination of pyrimethamine (100-mg loading dose given over 24 hours for 2 days, followed by 25 to 50 mg daily) and sulfadiazine (1 g given four times daily for 4 to 6 weeks), depending on the clinical response, which is considered “classic” therapy for ocular toxoplasmosis, is the most common drug combination used (see Table 280-2).460 TMP-SMX showed responses similar to pyrimethamine-sulfadiazine in a recent randomized, single-blind trial, although the latter regimen was used at lower-than-standard doses.463 Two recent, open, randomized trials found no differences in response rates to intravitreal clindamycin plus dexamethasone compared with an oral regimen combining pyrimethamine, sulfadiazine, leucovorin, and prednisone/prednisolone.464,465

Clindamycin (300 mg orally every 6 hours for a minimum of 3 weeks) has also been used with favorable clinical results.460 Other drugs that may have activity but have been inadequately studied include atovaquone and pyrimethamine plus azithromycin.466,467

Systemic corticosteroids are indicated when lesions involve the macula, optic nerve head, or papillomacular bundle. Photocoagulation has been used both for the treatment of active lesions and for prophylaxis against the spread of lesions because new lesions appear contiguous to old lesions.460 In some patients, vitrectomy and lentectomy may be necessary.

Given the high relapse rate seen in some patients with ocular toxoplasmosis, prevention of recurrences would be highly desirable. A randomized, open-label trial of 124 patients in Brazil found that TMP-SMX (1 double-strength tablet every 3 days) was effective in decreasing the frequency of recurrences from 24% to 7% in a population at high risk for recurrences.180 If confirmed in other populations, such a regimen could be beneficial in patients with frequent or severe recurrences.

For the approach to ocular toxoplasmosis during pregnancy see “Acute Acquired Toxoplasma Infection in Pregnant Women.”

Serologic and PCR testing can be helpful in the diagnosis of toxoplasmic chorioretinitis. An IgG-negative/IgM-negative patient is unlikely to have ocular disease due to toxoplasmosis. However, patients should be tested at reference laboratories (e.g., PAMF-TSL) because their T. gondii–specific IgG can be present but at very low levels such that only a gold standard method like the dye test can detect it. In patients with eye lesions typical of toxoplasmic chorioretinitis (see Fig. 357-2), a positive IgG test result at a relatively low titer (e.g., a dye test at PAMF-TSL ≤512) and a negative IgM test result are diagnostic of ocular disease due to the parasite reactivation. If the serologic test reveals a positive IgM result and confirmatory testing at PAMF-TSL establishes the diagnosis of an acute infection in patients 1 year of age or older, the eye disease is most likely the result of eye involvement in the setting of a recent and postnatally acquired infection.

In patients with atypically appearing lesions or in whom the response to anti-Toxoplasma drugs is slow or absent, a T. gondii–specific immune load (aqueous humor) or PCR in ocular fluids (vitreous fluid is preferable to aqueous humor because of probable higher sensitivity, but it is riskier to obtain) should be considered.

Serologic and PCR testing can be helpful in the diagnosis of toxoplasmic chorioretinitis. An IgG-negative/IgM-negative patient is unlikely to have ocular disease due to toxoplasmosis. However, patients should be tested at reference laboratories (e.g., PAMF-TSL) because their T. gondii–specific IgG can be present but at very low levels such that only a “gold standard” method like the dye test can detect it. In patients with eye lesions typical of toxoplasmic chorioretinitis (see Fig. 357-2), a positive IgG test result at a relatively low titer (e.g., a dye test at PAMF-TSL ≤512) and a negative IgM test result are diagnostic of ocular disease due to the parasite reactivation. If the serologic test reveals a positive IgM result and confirmatory testing at PAMF-TSL establishes the diagnosis of an acute infection in patients 1 year of age or older, the eye disease is most likely the result of eye involvement in the setting of a recent and postnatally acquired infection.

Side Effects of Drugs Annual 32

Natascia Corti, ... Christa Wenger, in Side Effects of Drugs Annual,2010

In a retrospective review of the records of 50 consecutive patients with active toxoplasmic chorioretinitis treated with clindamycin, five had gastrointestinal adverse events and six had rashes (129c)

A 14-year-old girl with autism developed hiccup-like movements after receiving clindamycin 300 mg bd and risperidone 5.5 mg/day for 1 day; 3 days after withdrawal of clindamycin the abnormal movements resolved (130A).

Topical clindamycin has been associated with taste disorders. In the adverse drug reactions database of the Netherlands Pharmacovigilance Centre, seven patients were identified with taste disorders (131c). In five cases an oral formulation was involved, in one intravenous administration and in one both formulations were used. Latency was less than 1 day after exposure and in one case taste disorders occurred repeatedly at 10 minutes after every intravenous dose. The adjusted reporting odds ratio was 7.0 (95% CI = 2.8, 17), supporting a causal relationship.

Acute hepatotoxicity occurred in a 42-year-old woman after administration of clindamycin for a dental infection (132A).

Acute generalized exanthematous pustulosis (AGEP) is a rare skin eruption most commonly caused by medications. AGEP occurred in an 82-year-old Caucasian woman after she had taken clindamycin for 2 days. She was treated with intravenous methylprednisolone, hydrocortisone cream 1%, hydroxyzine, doxepin, and paracetamol. The redness and pustulosis stopped spreading in 1 day and resolved in 5 days (133A).

A 47-year-old woman developed acute febrile neutrophilic dermatosis(Sweet’s syndrome) after receiving oral and intravenous clindamycin for a tooth infection; after the clindamycin was withdrawn her symptoms resolved over several days (134A).

During the chronic stage of infection, T. gondii does not appear to cause overt symptoms in most immunocompetent people. However, toxoplasmic chorioretinitis can develop in previously infected, immunocompetent people, most likely because of reactivation of the parasite and subsequent host immune response. Reactivation can occur in congenitally or postnatally infected people. Reactivation of congenital infection appears to occur more commonly between 10 and 30 years of age and is more likely to involve the macula bilaterally. In contrast, ocular disease resulting from reactivation of a postnatally acquired and latent infection appears to occur in people >50 years of age and is more likely to cause peripheral and unilateral retinal lesions.